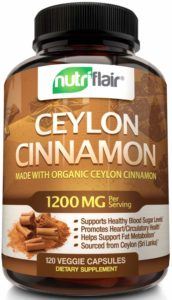 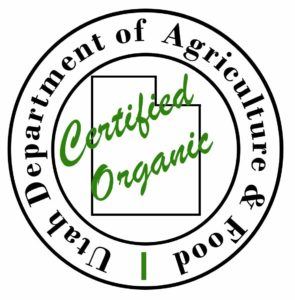 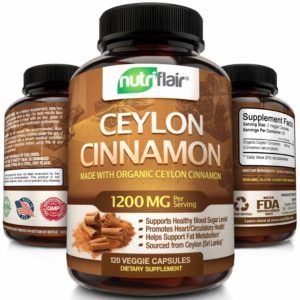 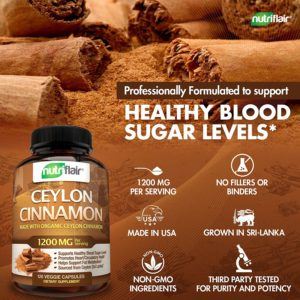 Originating from Ceylon (Sri Lanka), Ceylon Cinnamon has been known as the “True Cinnamon” or the “Real Cinnamon.”  It possesses outstanding health benefits, especially for those looking to regulate their blood sugar levels, and those challenged by obesity and high cholesterol issues.

The NutriFlair Ceylon Cinnamon Supplement is Made with All Natural Organic Ceylon Cinnamon Powder (Cinnamon Verum / Bark), here in the USA, and has been Certified Organic by the Utah Department of Agriculture (UDAF).  It contains 120 Capsules (600 Milligram per Capsule), of unadulterated, Ceylon Cinnamon. 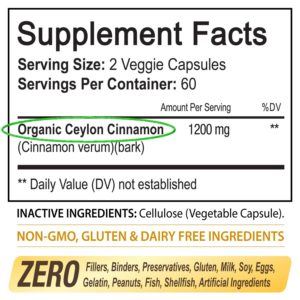 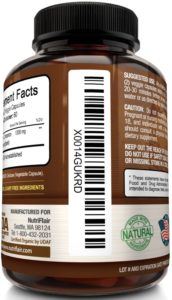 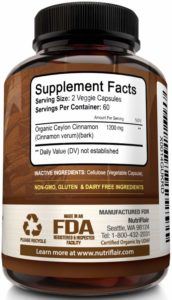 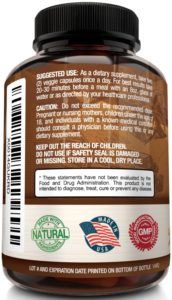 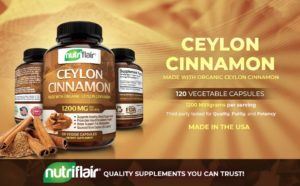 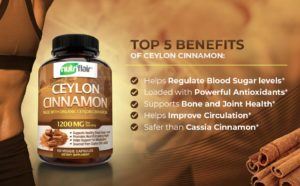 NUTRIFLAIR – Finest Ingredients. Healthiest YOU!
At NutriFlair, we have made Quality our Culture. Transparency, Purity, and Quality are important to our customers, and we have made it our business to ensure that all our products are manufactured in the USA, in an FDA registered, approved, and inspected state-of-the-art facility, with strict adherence to current Good Manufacturing Practices (cGMP). Our finished products are further Tested and Certified by a third-party lab for Quality, Purity, and Potency.
With NutriFlair, you can indeed sit back, relax, and Trust your Supplements!

BLOOD SUGAR LEVELS: Cinnamon Herbal Supplements has been shown to promote and regulate healthy blood sugar levels, however individual results can vary. Please consult with a healthcare professional to determine if Cinnamon is right for you. If you notice an irregular increase or decrease in blood sugar levels, or any other adverse effects from using this supplement, please discontinue use immediately. Your satisfaction is our number 1 priority, and if you are not satisfied, simply contact us for a refund or exchange. “Do not use if safety seal is broken or missing, or if product appears to have been tampered with. Contact us for a replacement or a refund if you are not comfortable using the product.” This warning is to ensure that all products delivered to Amazon customers are in factory sealed and brand new condition. If it was a product returned by a previous customer, with a broken seal, customers should not use it, instead they should contact us immediately. “Do not exceed recommended dose. Pregnant or nursing mothers, children under the age of 18, and individuals with a known medical condition should consult a healthcare professional before using this or any dietary supplement. Do not use if you are pregnant of nursing. Cease use immediately and contact a healthcare professional if you experience any adverse reactions. KEEP OUT THE REACH OF CHILDREN.